View Most Recent Agendas and Minutes

Piqua is served by five commissioners representing the five wards. View our Interactive Ward Map. This map will allow users to zoom in, search their address, and click on the parcel to confirm their ward and commissioner. The box adjacent to "Wards" will need to be checked on the right side of the screen under "Layer List" for the ward layer to appear.

Each Commissioner must live within the ward that he/she represents. Any person eligible to the commission may be placed in nomination by a petition filed in his behalf with the election authorities and signed by not less than 50 nor more than 100 electors of his ward, as a candidate for ward commissioner.

For more detailed information about the election of Commissioners and the Mayor, please see the City of Piqua Charter.

ICMA’s Municipal Form of Government Survey (PDF) has been conducted nine times since 1974 and is the most comprehensive resource available on form of government, provisions for referenda or recall, terms of office, mayoral powers, and other data pertaining to the structure of local government in the United States. (See Notes section.) 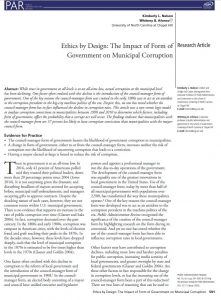 Write up and/or materials provided by ICMA.

At the request of the City Commission, city staff analyzed the requests made by the Citizens for Fair Piqua Utilities Pricing group. Our analysis provides how the utility currently functions, history, and the operational and/or financial impact of proposed changes.

2017 Update From the Miami County Board of Elections

What form of government does the City of Piqua use?

The City of Piqua operates under the Council-Manager form of municipal government. In Piqua, the City Manager is hired by the City Commission and serves as this appointed administrator and operates as the CEO (Chief Executive Officer) and oversees the day-to-day operations of the city.

What is the council-manager form of government, which is used today by so many cities, towns, and counties?

Council-manager government combines the strong political leadership of elected officials with the strong managerial experience of an appointed manager or administrator. All power and authority to set policy rests with an elected governing body, which includes a mayor or chairperson and members of the council, commission, or board. The governing body in turn hires a nonpartisan manager who has very broad authority to run the organization.

Born out of the U.S. progressive reform movement at the turn of the 20th century, the council-manager system was designed to combat corruption and unethical activity in local government by promoting effective management within a transparent, responsive, and accountable structure.

Since its establishment, the council-manager form has become the most popular structure of local government in the United States. The form is also widely used throughout the world in countries such as Canada, Australia, the Netherlands, New Zealand, and the United Kingdom.

How does council-manager government work?

The elected council or board represent their community and develop a long-range vision for its future. They establish policies that affect the overall operation of the community and are responsive to residents' needs and wishes.

To ensure that these policies are carried out and that the entire community is equitably served, the governing body appoints a highly trained professional manager on the basis of their education, experience, skills, and abilities (and not their political allegiances). If the manager is not responsive to the governing body, it has the authority to terminate the manager at any time.

How can council-manager government benefit my community?

A city, town, or county benefits from the council-manager form of government in a number of important ways:

What is the role of the manager under council-manager government?

The manager is hired to serve the council and the community and brings to the local government the benefits of his/her training and experience in administering municipal or county projects and programs. The manager prepares a budget for the council's consideration; recruits, hires, terminates, and supervises government staff; serves as the council's chief advisor; and carries out the council's policies. Council members and residents count on the manager to provide complete and objective information about local operations, discuss the pros and cons of alternatives, and offer an assessment of the long-term consequences of their decisions.

Appointed managers serve at the pleasure of the governing body. They can be fired by a majority of the council, consistent with local laws, or any employment agreements they may enter into with the council. The manager makes policy recommendations to the council for consideration and final decision. The manager is bound by whatever action the council takes, and control is always in the hands of the elected representatives of the people.

What is the role of the commission?

The council is the community's legislative and policymaking body. Power is centralized in the elected council, which, for example, approves the budget and determines the tax rate. The council also focuses on the community's goals, major projects, and such long-term considerations as community growth, land use development, capital improvement and financing, and strategic planning. The council hires a professional manager to implement the administrative responsibilities related to these goals and supervises the manager's performance.

What is the role of the mayor or chairperson?